In America, there are numerous wonderful casinos, which surprise all tourists with their size. But which casino on the American continent is the biggest? Curious which USA Casino is the biggest of all? Is it a Las Vegas casino or not? Find out here.

Casinos and why we have them 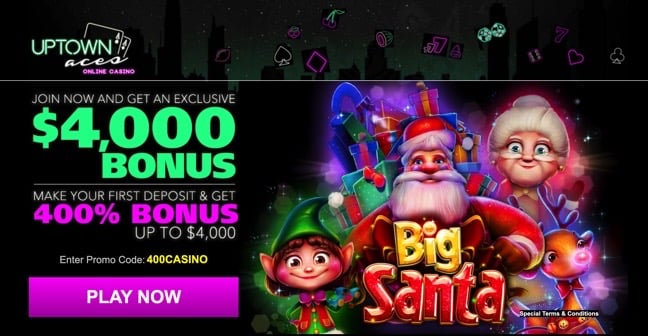 Casinos are located all over the world, and they are all different sizes. Casinos are used to promote all different types of gambling. Most owners of casinos build them in places that have high visiting rates, and they also will combine them with hotels, restaurants, retail shops, cruise ships, and any other tourist attractions. Some casinos will offer additionally stand up comedy, concerts, and sports to where you gamble and have entertainment together. Casinos have a lot of different games that are games of chance that are craps, roulette baccarat, blackjack, and video poker. Most of the games are mathematically determined odds on who has the best advantage to win the games, and most of the time, it is in favor of the house. The main purpose of casinos is for entertainment, but some casinos help bring in revenue and serve as a tax purpose for certain states and towns. There are more than 1000 casinos in the United States.

At first, you'd probably think America's most prominent casino was in Las Vegas, right? America's largest casino, WinStar World Casino, is located near the Oklahoma-Texas border and lives up to its reputation. With its incredible 56,000 square meters, it is not only the largest casino in America but the largest in the world. However, WinStar World Casino is not located in a big city, but next to the small town of Thackerville, which has less than 500 inhabitants. But you don't have 10 kilometers to the next Texas city, Gainesville.

Today, the casino offers you a gigantic selection: 7,400 slot machines, 46 poker tables, and a total of 99 table games. Here you can play everything from keno to bingo. Another big advantage of the casino is that it is open around the clock – you can come when you want. The casino's “Global Event Center” offers you top-class entertainment. Jay Leno, Vince Gill, Adam Lambert, Weezer, Lil Wayne, ZZ Top, and many others have performed here.

Winstar World Casino and Resort is located in Thackerville, Oklahoma, where it is the biggest Casino in the US. Winstar is a tribal casino and hotel located on the Oklahoma and Texas state line, and the Chickasaw Nation owns it. When Winstar opened its doors in 2004, it was a small casino. However, in 2009, a 395 room hotel was add and became known as Winstar World Casino. During 2009 the Winstar World Casino was 600,000 square feet, making it the largest casino in the world. In 2013, they added another 1000 room hotel towers and a new casino attached to the two towers. When this was completed, Winstar World Casino and Resort overtook Foxwood Resort Casino and became the largest casinos in the US and the world on gaming floor space. Winstar offers over 8400 slot machine games, 55 table poker room, 100 table games, betting, high limit room, keno, and bingo. This casino has a 3500 seat center for any concerts, and Devy Jones gave his final show at the Winstar. Not only does Winstar have the entertainment center, but they have offsite areas such as golf club, RV park, a bull-riding arena close to the casino.

Although Las Vegas is world-famous for its great casinos, the largest American casino is located in another city. In the casino we report about in this article, you can not only easily find any casino game with real money, but also try out various entertainment options. This famous and magnificent casino is called Foxwoods Resorts Casino and is located in Ledyard, Connecticut.

The building's surface area is 840,000 square meters and includes approximately 400 table games and 4700 slot machines. There are also several restaurants in the field of the casino and Hard Rock Cafe is the best known of them.

Foxwoods Resort Casino is located on tribal land in Ledyard, Connecticut, and is owned by the Mashantucket Pequot Tribal Nation. Foxwoods Resort includes six casinos that have more 250 gaming tables that are used for blackjack, craps, roulette and poker, and 5500 slot machines. Foxwoods has many restaurants located within its casinos, including a Hard Rock Cafe. Not only does Foxwoods have multiple casinos and restaurants, but they also offer two hotel towers with 2266 rooms and an arcade for children and teens. The original tower Grand Pequot Tower, which opened in 1997, and the second MGM Grand was opened in 2008, and 2013, it was renamed Fox Tower. A shopping complex which is called Tanger Outlet Mall that is placed between the two hotel towers in 2015. With everything that Foxwoods Casino offers, making it the second-largest casinos in the US.

The things that are offered are five outdoor pools, rivers, waterfalls 380,000 square foot convention center, garden arena, spa, shops, night clubs, restaurants, and the casino, which is 171,500 square feet. MGM has built overhead bridges for their customers to use linking their casinos together so they will not have to cross the strip.

MGM Grand has been filmed in several movies, video games, books, and was the home-based for David Whele. They also have a glass-sided lion habitat, CSI with three murder cases, and top golf. MGM Grand has the largest gamin floor in Las Vegas at around 171,500 square feet. The casino has more than 2500 machine for gaming and 139 poker and table games. They also have race and sportsbooks in the state of the art betting area.

Borgata Hotel Casino and Spa is located in Atlantic City, New Jersey. It is also owned and operated by MGM Resort International, like MGM Grand in Las Vegas. It is the largest and top gross earning hotel and casino in New Jersey. The hotel is a 2798 room with two different towers. The central tower has just rooms and suites while the Water Club has 800 rooms, a spa, meeting and event space, three residences, five pools, and retail shops.

The casino is 161,000 square feet with around 4000 slot machines, 180 table games, and 50 poker tables. Borgata is also available online and through an app for your phone. There is only one other app like it.

Entertainment is offered through the event center, festival park, music box, and boxing, and mixed martial arts. The spa includes a salon, barbershop, a fitness center, and a pool. The Borgata has also been used in movies and television shows.

As the fifth-largest casino in the US, the Bellagio is located in Paradise, Nevada, and is also owned and operated by MGM Resort International, like the last two resorts. Bellagio is known for its elegance. The Bellagio has hosted the World Poker Tour. These buildings have 14 restaurants located within this resort.

Casinos In the US

There are so many casinos that it would take to long to talk about all of them and explain what makes them so great to visit. Casinos are owned by anyone from Native Americans on reservation land to big companies that own several different ones all over the US. Each casino has different things to offer from hotels to high stake gambling to spas and just a relaxing environment. Casinos can cause difficulties for people with gambling problems because of their spending money they do not have and putting them in debt that they can not pay. Some people get lucky and win money that helps them with things that they needed. Casinos are suitable for the states and towns when they bring in so much revenue for them, and it helps the economy by putting money back into the system. Casinos make it great for people to visit and enjoy some time to blow off steam and relax, but they need to be careful and have a spending limit so that they do not go broke or spend money that they need to keep for more important things. When looking at casinos to visit, you want to make sure that you pick the one that has the games that you want to play and can fit your needs to the best of their ability. With there being so many casinos in the United States, you do not always have to travel very far to find one. The bigger casinos are located in specific places. Such higher-paying games are generally located in bigger towns that have a lot of tourist visiting so that they can bring in more business then if they were in other places. Casinos give people a fun environment that they can make money if they are lucky enough.

Why play in the most beautiful casino cities in the world:

But some might think, “Why should I travel halfway around the world to gamble? I can gamble in my home arcade, too.” Those who have already visited a larger casino during their holidays will know the difference. Naturally, you feel much more relaxed on holiday, and you don't look so closely at the money. You want to enjoy the time and have fun. Gambling on holiday is, therefore, a completely different feeling.

Moreover, it shows that even non-gamblers in the biggest casino cities of the world reach for the chips, how different gambling is in these casino metropolises. The stylish ambiance, the large selection, and above all, the player community ultimately ensure the most important thing in the arcade: the pure joy of playing. Want check out the US Online Casinos? They're worth a try, too.

Biggest Casino Cities in the USA

As far as gambling goes, New Orleans has a long history. Thus gambling has been played here since the 19th century – poker, American roulette, blackjack have been here for over 150 years. In the 1870s, New Orleans was one of the birthplaces of the modern game Keno, which migrated from China to the south of the USA. The game Craps, which has become very popular as online Craps, also comes from New Orleans. Already at the beginning of the 19th century, the Frenchman Bernard de Marigny brought a preform of the game into the city. Very quickly, the game established itself in the streets of the city and later also in the casinos.

Tunica is a tiny town in the heart of Mississippi. Less than 1000 people live here, and the city is only known for the local casinos. The casinos, however, are located about 10 miles north of the city in the Tunica Resorts. Here you will find a total of eight different casinos that attract players from all over the south of the United States. Only in 1995, the first casinos were built here, and at that time, the city was still called Robinsonville. Due to somewhat obscure geo on the right, all casinos are built on floating platforms on the Mississippi, because gambling is only allowed on ships in this region. Apart from casinos, the Tunica Resort has no other major infrastructure, only hotels and restaurants serving casino visitors.

With eight local casinos, Biloxi has developed into a gambling metropolis in the state of Mississippi, offering its visitors attractive offers for a longer stay. Unfortunately, the city is still suffering the consequences of Hurricane Katrina in 2005.